AMD has launched their newest GPU product, the AMD Radeon RX. This AMD Radeon RX is the next generation of the Radeon RX 6600 XT launched in July 2021. The GPU is produced for the middle-class segment that wants to play games with 1080p resolution with a high refresh rate. 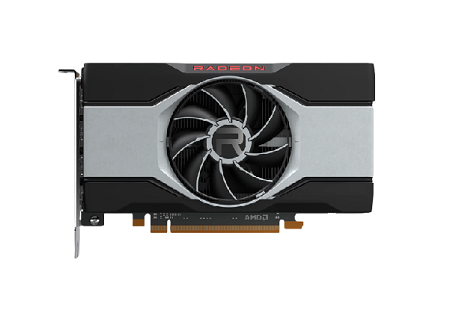 The new AMD FidelityFX Super Resolution (FSR) spatial enhancement technology is supported on over 100 AMD processors. And AMD GPUs, as well as on select competitor GPUs, offering 2X faster average performance across select titles in “Performance” mode at 1080p resolution, compared to the native resolution. To date, game developers have added support or announced plans to add support for FSR in the top 50 games.

And it is also equipped with other features, still the same as the XT series. This is because the RX 6600 also uses the AMD RDNA 2 architecture. These features include AMD FidelityFX technology which is an open-source toolkit for visual enhancements for game developers available on AMD GPUOpen.

The price of the AMD Radeon RX 6600, it starts at $329. While pre-build systems with Radeon RX 6600, graphics cards from OEMs. And system integrators are expected to be available from October 2021.