This AMD Radeon GPU is built using 6nm fabrication technology. Like other AMD’s latest generation GPUs, this GPU is also based on the RDNA2 architecture, which certainly offers better gaming performance. 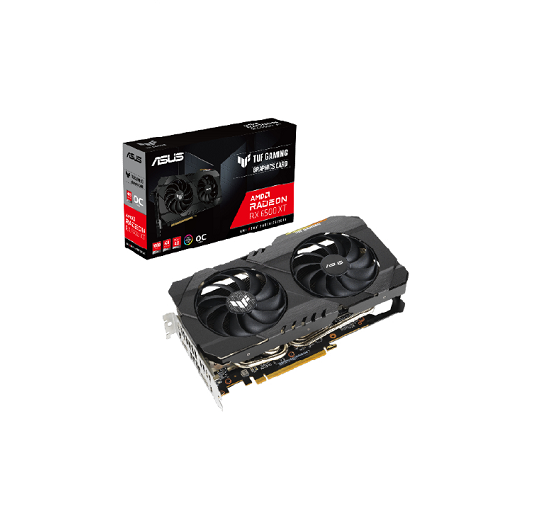 Not to forget, there is also an AMD Infinity Cache feature that offers low latency for gaming. In addition, there is also 4GB of GDDR6 VRAM and supports DirectX 12 Ultimate, AMD Smart Access Memory technology, AMD FidelityFX Super Resolution technology.

For performance, this AMD Radeon GPU also comes with an ASUS-exclusive Axial-tech fan and only requires 85 watts of power. In lighter workloads, the zero decibel technology shuts down the fan completely for silent operation. However, the fan returns to work when the GPU temperature reaches 60 degrees Celsius.

And the AMD GPU is also equipped with subtle RGB lighting on the shroud and aluminum backplate, which gives this GPU a premium feel but at a more affordable price.

As for the TUF Gaming Radeon RX 6500 XT, this Taiwanese company provides some extra touches for gamers. This GPU offers a larger heatsink measuring 2.7 slots.

Unlike the previous version, for this version, ASUS provides power up to 90W, which provides extra performance. In addition, there is also dual BIOS technology where users can switch modes to Q mode, which prioritizes silent operation.

This GPU also has Aura RGB lighting on its TUF logo. Users can adjust this lighting via Aura Sync. Meanwhile, on the back, there is an aluminum backplate to provide extra protection.