AMD officially announced their latest line of processors, namely the AMD Ryzen 7 5700G and AMD Ryzen 5 5600G. This time, AMD introduced this processor as the latest generation for gamers. As is known, this APU processor line uses the latest technology from AMD. Besides being based on the Zen 3 architecture with 7nm fabrication technology, users will also get many other modern features.

Both AMD processors offer specifications that are quite amazing for the price offered. For Ryzen 7 5700G, users will get a total of 8 cores and 16 threads. The clock speed is maintained at a base speed of 3.8 GHz and a boost speed of up to 4.6 GHz, which is quite high. And for the default GPU will have a total of 16 MB L3 and 4 MB L2 cache with TDP set at 65W. They use a Vega GPU with 8 CUs or have a total of 512 Stream processor performance at a clock speed of about 2.0 GHz. GHz. 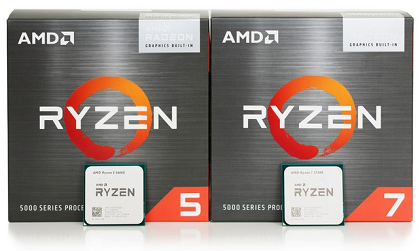