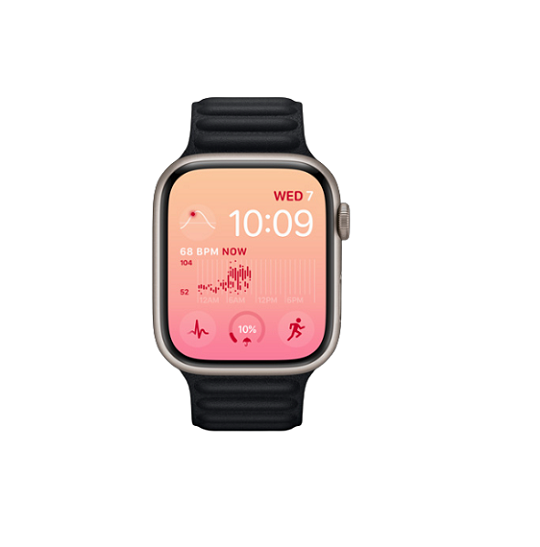 The feature, Apple Watch Series 8 offers a new safety feature, namely Crash Detection. This feature is the same as the Fall detection feature. This safety feature is claimed to automatically call emergency services when the user is in certain dangerous conditions.

With this Crash Detection feature, Apple claims to be able to detect several common accidents, including front crashes, side collisions, rear crashes, and overturned vehicles. And when an accident is detected, this smartwatch user will be given 10 seconds to inform that their condition is fine. However, if the smartwatch does not work, a call will automatically be made to the emergency number.

They say, Apple Watch   comes with several new features for health. Previously, the Apple Watch could only take ECG measurements, blood oxygen readings, and a few other features, now they have a new feature specifically for women.

And overall this Apple Watch 8 comes with several other features, namely, Temperature Detection Feature, Dream Machine Feature, Electrocardiogram (EKG) Feature, Oxygen Saturation Meter Feature, Accident Detection Feature, Fall Detection, Emergency SOS. And one of the interesting features of this smartwatch is that it also offers a feature that can track ovulation for women. This can be done by measuring the user’s body temperature, because this is one way to track ovulation.

smartwatch The new Apple Watch Series 8 will be released on September 16, 2022. The price starts at USD 399, and the non-data version sells for $ 499. You can order it through Apple’s official website or the marketplace that already provides it.