Asus has recently re-launched its newest tablet product, the ROG Flow Z13. ROG Flow Z13 is a gaming tablet that uses the Windows operating system from Microsoft. ROG Asus Division utilizes one of the latest 12th generation processors from Intel and a mid-range Nvidia GPU to create a gaming tablet that is claimed to be the most powerful in the world. 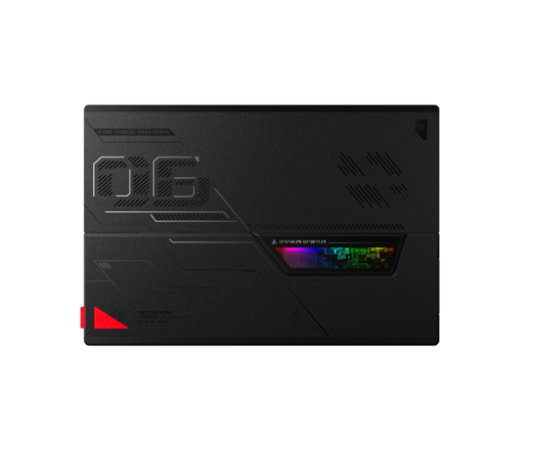 As for the screen, the ROG Flow Z13 Tablet is a very portable device—its screen measures 13.4 inches. And the body is only 12mm thick, which makes it very easy to keep in your backpack and always ready to play. And while it’s quite small, it packs a lot of power and performs fairly well.

There are two screen quality options that are presented in the ROG Flow Z13. The standard model uses a 1080p display with a 120Hz refresh rate. And there’s a 4K option with a 60Hz refresh rate—it depends on whether the user prefers high-quality graphics or fast action.

Both are 16:10 IPS LCDs with Gorilla Glass protection, Adaptive Sync, Dolby Vision support, and Pantone-validated colour accuracy. The tablet has a built-in stand that can be opened up to 170 degrees to hold the display at a comfortable angle. 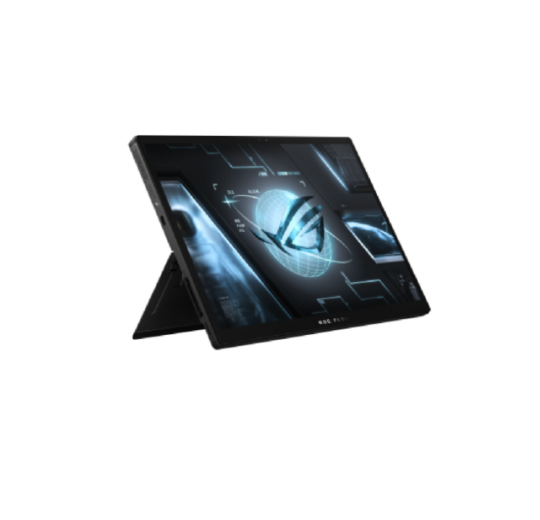 And for performance, the Asus ROG Flow Z13 is powered by the previously announced Intel Core i9-12900H processor. The chip has 6 performance cores and 8 efficient cores, plus an integrated Intel Xe GPU with 96 execution units. There are also options with the i7-12700H and i5-12500H.

To reduce heat on the device, Asus placed the chip vertically (i.e. not at the bottom like in laptops). And the cooling system was able to blow a lot of air onto it. If you don’t need that much graphics power, users can choose a slate with an RTX 3050 or even one that only relies on an Intel GPU.

The tablet is also equipped with a Thunderbolt 4 port. And supports USB Power Delivery charging up to 100W (the battery has a capacity of 56 WHr). This port can display video from the Intel GPU. There’s another USB Type-C port (3.2 Gen 2), which outputs video from the Nvidia GPU and can also do charging. There is one USB-A 2.0 port (for plugging in a mouse), an HDMI 2.0 port. And a 3.5mm headphone jack, as well as a microSD UHS-II slot.

Additionally, the Thunderbolt port can be used to connect the Flow Z13 tablet to the XG Mobile dock for extra GPU power and connectivity. The original dock was configured with the Nvidia RTX 3080. But this year Asus also introduced a version with the AMD Radeon RX 6850M XT. The dock extends connectivity with additional DisplayPort, HDMI, USB, and Ethernet ports.

And for the keyboard, the Asus ROG Flow Z13 also provides a retail package including the Cover Keyboard for some laptop-like gameplay. And of course, also being able to connect the right peripherals—mouse and game controllers. There’s no controller built into the keyboard yet, but it’s likely that Asus or a third-party maker will make one. It’s unclear how much the Asus ROG Flow Z13 will cost, but it won’t be cheap, of course.