AMD is rumored to soon be introducing three new processors based on the Zen 2 architecture. This is odd because currently, AMD has a lineup of processors with their latest Zen 3 technology. Tom’s Hardware reports that they are preparing three new processors, namely Athlon Gold 4100GE, Ryzen 5 4500, and Ryzen 3 4100 with revision A1. The processor is also waiting for permission to be officially marketed.

Some say that this SKU was launched as a refreshed version of the AMD Athlon Gold Ryzen 3000 series. At the same time, some others believe that this SKU will be launched specifically for OEMs. 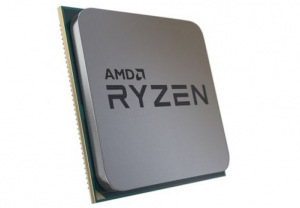 It is currently unknown how many cores or clock speeds the APU will have. The GE denomination on this CPU means the Athlon Gold 4100GE will have a TDP cap of up to 35W.

It is suspected that the Ryzen 5 4500 and Ryzen 3 4100 will inherit most of the characteristics of their predecessors but come with higher clock speeds. Both will also slide without an integrated GPU.

It’s still unknown when AMD will get permission to launch this new CPU from USB-IF. But it’s more than enough evidence that the American chipmaker has prepared three new processors. Maybe, AMD will quietly launch them soon, but only time will tell.