Balmuda, an electronics company from Japan, recently launched its first smartphone product, the Balmuda Phone. Balmuda Phone is a device that already runs Android OS. And Balmuda is known as a Japanese brand that produces household appliances, such as ovens, toasters, electric kettles, and so on. 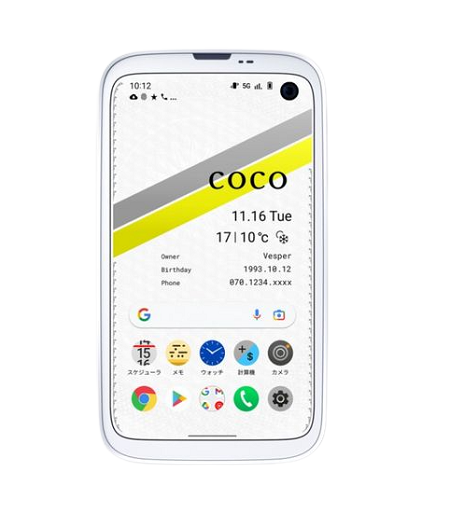 From its design, the Balmuda Phone is designed with a small size that has four rounded edges. Mobile phones that carry a screen size of fewer than 5 inches, to be exact 4.9 inches, with dimensions of 123 x 69 x 13.7 mm and a weight of about 138 grams. Balmuda Phone is indeed designed with a mini size, so it is safe to hold. And comfortable to operate with only one hand.

According to news from the company, most of the smartphones on the market today are too big and not compact, that’s why Balmuda Phone men In appearance, the screen frame (bezel) on the top and bottom is still quite thick. While the back is designed to be curved or not precise. Because of its curved shape, the possibility of the battery in it also follows the overall body design.

And for the screen, the Balmuda smartphone has a Full HD Plus resolution and an aspect ratio of 16:9. And in the upper right corner of the screen there is a punch-hole or a hole to accommodate the 8 MP selfie camera. While on the back, the Balmuda Phone is equipped with a conventional circular fingerprint scanner, as well as a 48 MP rear camera placed in the upper left corner.

As for performance, the Balmuda  is powered by a Qualcomm Snapdragon 765 System-on-Chip (SoC) with an integrated 5G modem. The chip is combined with 6 GB of RAM and 128 GB of storage media. Smartphone runs the Android 11 operating system (OS), which is specially designed for small-sized phones. Default applications such as cameras, calendars, notes, and calculators are also custom made, so the interface (UI) is not like Android phones in general.

On the Home Screen, users can also operate several functions. For example, if you want to open call logs or see their point of location on a map. In addition, there are also Access Tools that make it easier for users if they want to open a number of menus such as calendars, clocks, memos, or calculators. Balmuda  is supported by a 2,500 mAh battery. The connector used for charging is USB Type-C.

This Balmuda Phone is also equipped with other features, including NFC, Scheduler, Google Mobile Service (GMS), as well as water. And dust resistance with an IP44 certificate. In Japan, the new Balmuda will be marketed on November 26, 2021. for Price, Balmuda Phone sells for $913.51