GoPro has released their newest camera product, the GoPro Hero10 Black. The new GoPro Hero10 Black camera is equipped with a new processor, which is claimed to be used to record videos at higher frame rates, enjoy better stabilization, and the ability to automatically upload videos to the cloud while charging.

This GoPro Hero10 black is powered by a GP2 Processor inside, allowing the Hero10 to double the frame rate of the Hero9. And reach 5.3K at 60 fps. It’s also capable of recording at 4K 120 fps and 2.7K 240 fps, an increase on the previous shooting limit at 1080 resolution. The GoPro Hero10 Black can be used to shoot 23 MP photos. And can even shoot up to 19.6 MP from the video recording frame. 5K.

The Hero10 Black also features the new HyperSmooth 4.0 stabilization, which can operate at a higher resolution. And frame rate combination than before. The GP2 Chipset processor eliminates noise. And enables local colour mapping in the video, making it suitable for use in low-light environments. There’s an additional hydrophobic coating for the lens cap to prevent scratching. And support for wired connections for faster transfers to phones. 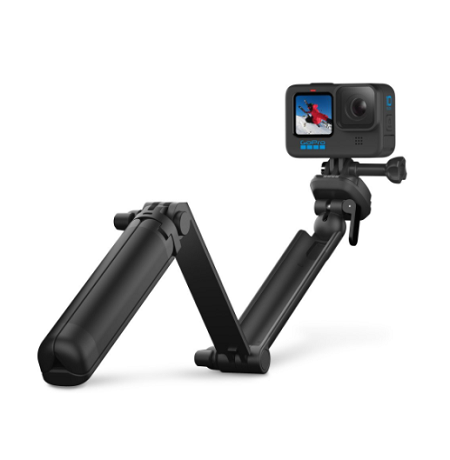 And there is also another new feature is Horizon Leveling, where the camera tries to align the image with a straight line up to a 45-degree angle. This is a huge improvement from 27 degrees on the Hero9. However, this can come at the expense of resolution. and frame rates, as it limits them to 4K 60 fps or 2.7K 120 fps. The price for the  Hero10 Black is $500, plus accessories, and it’s $550.