Huawei has recently re-launched their latest tablet product, the MateBook E, which was officially announced. Huawei MateBook E This is a Windows 11 tablet that offers qualified specifications and is predicted to be a competitor to Microsoft’s Surface Pro 8. Indeed, in terms of its own appearance, the MateBook E looks like a tablet that can be connected to an external keyboard and already supports a stylus. 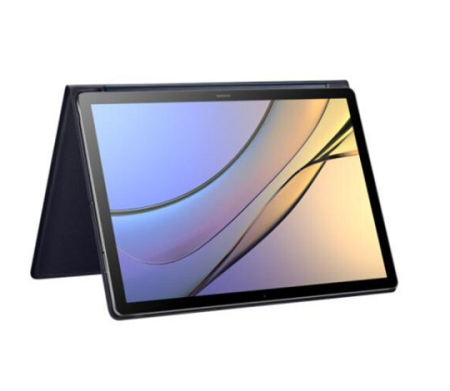 In terms of design, the Huawei MateBook E has the main advantage in its screen, offering a 12.6-inch OLED panel with a resolution of 2560 x 1600 pixels. The thin bezel makes the screen-to-body ratio reach 90%. The screen of this tablet has a brightness level of up to 600 nits so that it supports activities when outdoors.

Despite its 7.99mm thickness, the MateBook E has a cooling system consisting of a 4mm shark fin fan, ultra-thin air-cooled VC, and high thermal conductivity graphene for 100% coverage.

And for performance, Huawei is equipped with 11th generation Intel Core i5 and i7 chipsets and Intel Iris Xe graphics. There are two RAM options provided, namely 8 GB and 16 GB. As for the internal memory, it uses an NVMe SSD with an option of 256 GB or 512 GB. Storage space can be increased by pairing an NM Card up to 256 GB.

And for the camera, Huawei is equipped with a 13 MP camera on the back and 8 MP on the front. There are four speakers embedded in it, and to maximize online meeting activities, the AI ​​Noise Reduction feature is provided.

As for the battery, the Huawei MateBook E is supported by a 42Wh battery with a 65W charger. Huawei promises this tablet can be charged 54% in just 30 minutes, while full in just 90 minutes.

To help user productivity, Huawei has equipped this MateBook E with an accessory in the form of a magnetic keyboard that can be adjusted to the angle of use. And like the MatePad, this tablet is supported by the second generation M Pencil which has a pressure level of 4096 levels.

This Huawei MateBook E comes in Nebula Ash and Interstellar Blue colors. Currently, the tablet is only present in the Chinese market and will be brought by Huawei to the global market. 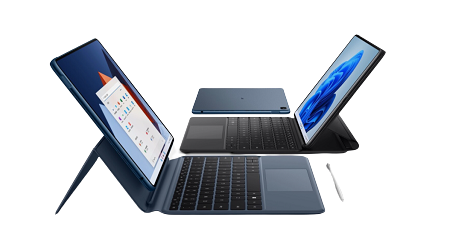