For the Smarphone, it looks like the smartphone still retains the box-shaped camera design, and so does the number of sensors. But instead of placing the cameras on top of each other like the one on the iPhone 12, the two cameras are arranged diagonally. 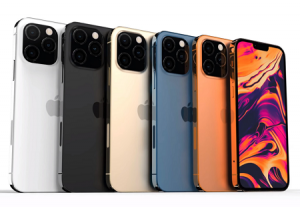 There is also a placement of the LED flash that has been moved to the top. Then there is a microphone at the bottom of the body. In addition, there are also differences in the design on the front. Reportedly this device will have an earpiece, which is in line with the sensor and front camera. It’s just that the iPhone 13 will have the earpiece closer to the frame. Other design changes include a slightly thicker body and smaller curves.

According to reports, the iPhone 13 Pro will have a new ultrawide module with a new lens setup. The new model will also pack an OLED display supplied by LG and Samsung. The OLED display will also have a 120Hz refresh rate. . Rumors also suggest the device will come with a physical fingerprint scanner, although it won’t be under the display.