The Lexar Professional NM800 SSD is designed primarily for high-performance desktops, mobile workstations, and a variety of other scenarios. So, this SSD is indeed made for various uses. 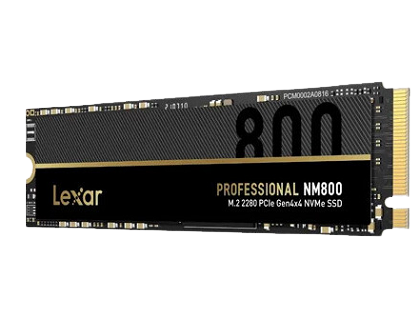 However, performance is not the only advantage possessed by the Lexar SSD. The device is rated for 0.44 drive writes per day (DWPD), which is higher than a typical consumer-grade SSD, which is perfect for content creators or users processing large amounts of data.

Lexar uses a thin head spreader that uses graphene to make the SSD speed stable. In addition to having better heat anticipation performance than ordinary coolers, this SSD can still be used on laptops.