Logitech has recently returned to being productive in launching their newest handheld game console brand, Logitech G Cloud. Logitech worked closely with vendor Tencent in designing the Logitech G Cloud. which is where Tencent Games is an important one in the midst of the proliferation of mobile games. When Tencent Game will debut on PC and console gaming devices. Let’s see what the specifications are below.

For performance, Logitech G Cloud will be powered by a Qualcomm Snapdragon 720G processor. And Logitech claims to believe that the chipset will be capable enough to run cloud-based video game titles. It is also believed that G Cloud will run on the Android 1 operating system.

The chipset is a mid-range chipset that was first present in 2019. This Logitech G Cloud is supported by 4 GB of RAM. While the battery, Logitech G Cloud will be equipped with a large capacity battery of 6,000 mAh.

And this Logitech G Tencent and Logitech design resembles one of the images of Tencent’s patent filing. This Logitech G Cloud looks to have a D-Pad, Analog Stick, Buttons, and Shoulder Trigger. The leaked images also reveal and confirm the console’s design in white with touches of blue and green. 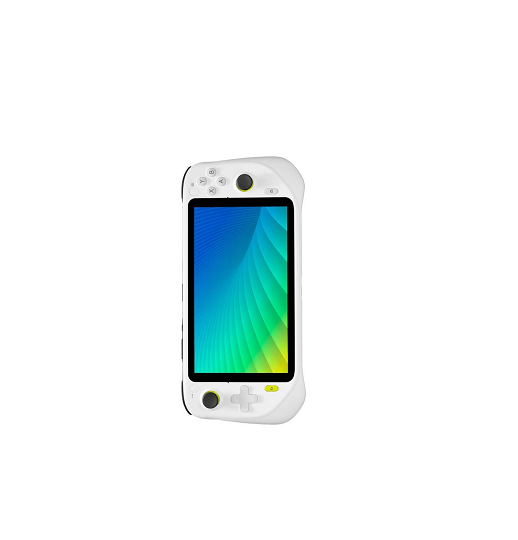 Interestingly, Logitech G will offer Android OS and it seems that it is equipped with the Google Play Store application store. And according to the news, Logitech and Tencent will be supported with Xbox Cloud Gaming and Nvidia GeForce Now for the graphic design of these products. easily download the app to enjoy the service.

Judging from the image circulating on the Logitech media, it shows the Steam icon, so it’s possible that the console is equipped with Steam Link to run games remotely from a PC on this handheld console. and the Product will also offer WiFi and Bluetooth, it is not known if this device will support cellular connectivity

And later this Logitech  Gaming Handheld will combine Logitech’s hardware development expertise and Tencent’s software experience. For the game itself, later gamers can play a number of cloud-based game titles. That’s why the two companies call this new device a handheld cloud gaming.

With Cloud gaming, in practice users can play games through devices connected to the internet. This Logitech G Cloud gamer will connect to the server and run the actual game, then display it in real time on the device screen. Interestingly, players don’t need an expensive console or Windows PC to be able to play cloud-based games.