Logitech has officially partnered with Baidu Brain for the long term

Logitech has officially partnered with Baidu Brain for the long term. With that said, this mouse isn’t the only device that has this feature. It is possible that later the keyboard from Logitech can also listen to user voice input.

This feature is here so that content creators can maximize their time to create content only by voice. According to lab test results from Baidu, this feature has a speed three times faster than typing. This technology from Baidu is the result of years of AI development until it matures as it is today. 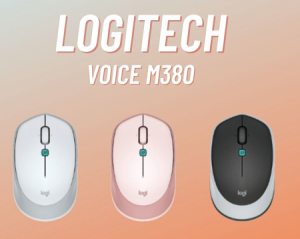 Currently, the Recognition feature can identify and translate a total of seven languages. The seven languages ​​consist of Chinese, English, Japanese, Korean, French, Spanish, and Thai. This device can dictate about 400 words per minute: claimed success rate and up to 98% accuracy.

To use this feature, Logitech Voice M380 can work with and without an internet connection. For power itself, it still uses one AA battery which is enough for 18 months of use. This mouse uses optics at the bottom so that it can be more accurate and used on various surfaces.