Apple announces that it will release a new MacBook Pro laptop. As reported by Gizmochina (2/7), the news came from DigiTimes, which hinted that the device could be officially launched in September this year. The upcoming MacBook Pro is said to come with a new design. There are two screen options, namely 14 Inch and 16 Inch, which are supported by Mini-LED panels. On the other hand, the preview report suggests Ruiyi Optoelectronics will be the exclusive supplier of Mini-LED panels. 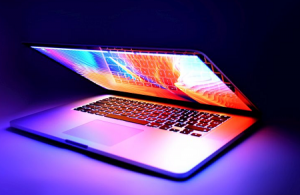 The latest MacBook Pro will likely come with up to 64GB of RAM support. The laptop is also expected to be powered by Apple’s next-generation chipset, which may be the M1X or M2. Last year, Apple announced the use of an ARM-based Apple Silicon chipset, under the name M1, in some of its newest devices.

The M1 chipset already supports several devices such as MacBook Air, MacBook Pro, Mac Mini, and iMac. However, the implementation of the M1 is also not free from user criticism, so the company continues to increase its efforts to produce the best chipset. The company has started the process of transitioning from using Intel chipsets to its own chipset, namely Apple Silicon. This means that in the future, all computing devices from Apple will be powered by the chipset.

Meanwhile, the launch of the latest MacBook Pro is not going to happen anytime soon. Mark Gurman of Bloomberg has indicated that in the next few weeks, Apple will not make major product announcements until the launch of the new iPhones.

This indication is also reinforced by a report from China which adds that shipments of the latest 14-inch and 16-inch MacBook Pro models will peak in October. This is because the device is expected to be available for purchase a month after its official announcement. So, Apple is likely to release its newest laptop series in September.