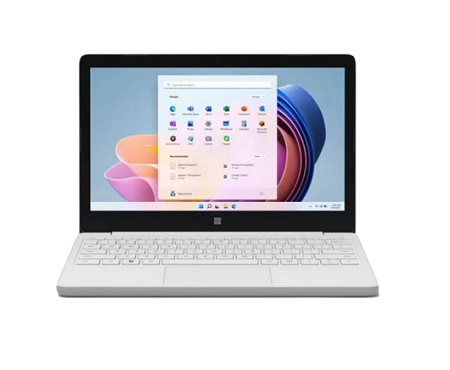 For performance, this Surface Laptop SE is equipped with Intel Celeron N4020 or N4120 and is supported by 4GB or 8GB RAM and 64GB or 128GB eMMC storage. At the top of the screen is a 1MP webcam that supports 720p images. And the laptop uses the Windows 11 SE operating system, which is specifically designed for students and will be used in many cheap laptop devices that will be released in the future. The Surface Laptop SE is equipped with the same keyboard and trackpad as the Surface Laptop Go.

In terms of design, Surface Laptop SE The body is made of plastic, and the screen measures 11.6 inches with a resolution of 1366 x 768 pixels. This laptop is the first Surface laptop in six years to use a 16:9 screen, whereas other Surface devices have used a 3:2 ratio screen since the Surface Pro 3 was released in 2014.

And for the screen, this Surface Laptop SE also seems to be the weakest point on the Surface Laptop SE because of its small resolution. In fact, Lenovo has a Chromebook Duet with a 10.1-inch screen that has a resolution of 1920 x 1200 pixels, and the price is both USD 249.

As for connectivity, there is one USB-A port, one USB-C port, a 3.5mm audio jack, and a dedicated charger port. This charger port makes the Surface Laptop SE the only Surface that doesn’t use a magnetic charging port like other Surfaces.

Microsoft promises Surface Laptop SE will be easy to repair. For example, using ordinary screws that are easy to open. making it easier for IT teams to replace the display panel, battery, keyboard, and even the motherboard, and all of these components will be sold through several Microsoft partners.

The Surface is claimed to have spent 18 months discussing with various IT teams to find out what is most important in maintaining laptops for school, and ease of repair is one of the most important things. 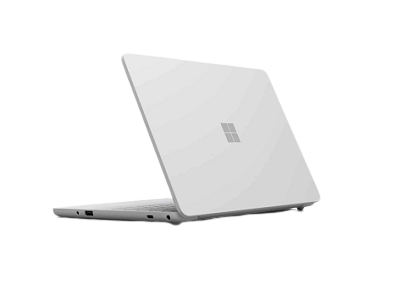 Then the Surface Laptop SE went on sale in early 2022 in the United States, United Kingdom, Canada, and Japan. The cheapest 4GB/64GB model retails for USD 249, and the more expensive version is 8GB/128GB for USD 329.