Motorola announced that they are producing their latest smartphone product, namely the Moto G51 5G. The Moto G51 5G is targeted to be present as a replacement for the Moto G50 5G smartphone. A new leak by TechnikNews has revealed the main specifications of the G51. 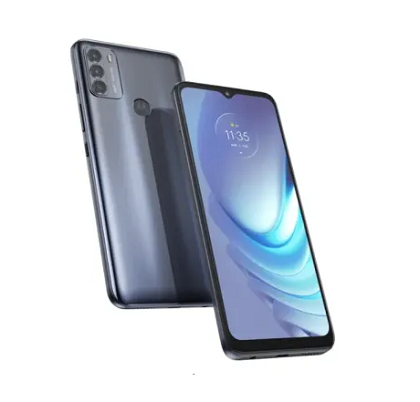 This leak states that the Moto G51 5G Smartphone is codenamed “Cyprus 5G” and the model number is XT2171-1. But for the exact screen size of the G51 is unknown, the leak claims that the smartphone supports Full HD + resolution. There is no clear information about the refresh rate of the G51.

As for the processor, there is no information about the Moto G51 smartphone processor yet. This smartphone is equipped with a 13 megapixel camera on the front. The rear-facing triple camera unit features a 50-megapixel main camera, an 8-megapixel ultrawide lens that doubles as a depth sensor, and a 2-megapixel lens.

Last week, the Moto G51  Smartphone was spotted on benchmark site Geekbench. It is seen with specifications such as Snapdragon 750G chipset, 4 GB RAM, and Android 11 OS. And other details of this smartphone are still kept secret.

According to publications, the Moto G51 5G smartphone will be launched in a few weeks. And is predicted to be launched in November. The leaks have revealed that the Lenovo-owned company is also working on a handset called the Moto G71 5G. It was recently approved by the Federal Communications Commission (FCC). The certification only reveals that it is a 5G ready device, and carries support for NFC connectivity.