NVIDIA is reportedly currently preparing their latest product with a new version of one of its GPUs. Namely the GeForce RTX 2060 GPU. The new GeForce RTX 2060 GPU will come with several adjustments that are expected to overcome. The current game graphics card availability issue.

It should be recalled that the NVIDIA GeForce RTX 2060. Has been in production twice to meet the demands of gamers. And ECafes in the Asia Pacific market. Production of those GPUs was later discontinued to focus on Ampere-based GPUs, such as the GeForce RTX 3060 and RTX 3060 Ti. As they got better in terms of availability.

But the shortage of GPUs that haunt gamers today has now made NVIDIA decide to re-produce their Turing GPU lineup. As is known, the NVIDIA GeForce RTX 2060 maintains the position of the 2nd best gaming graphics card in the Steam database. Losing to the GeForce GTX 1060, which is its predecessor. 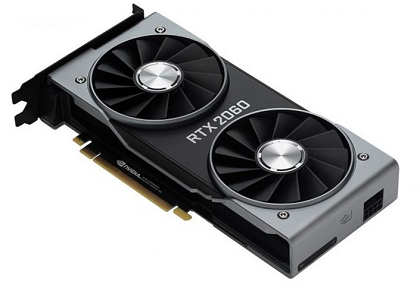 The NVIDIA GeForce RTX 2060 does get a SUPER refresh, but what will be produced is the standard version. The only difference is the presence of 12GN RAM and comes with an LHR blockade for crypto miners.

NVIDIA itself has confirmed that the first refreshed graphics card from the RTX 2060 is expected to land in January 2022, as told to their partners.

The re-launch of the GPU also seems to say that NVIDIA doesn’t expect the graphics card market to get better in 2022. This is also evident from the recent price hikes that have started to pick up after following a sharp decline in the last quarter.