OnePlus will be launching its latest smartphone, the OnePlus 9RT. The OnePlus 9RT is the next generation of the OnePlus 9R. According to reports, the OnePlus 9RT will feature a very similar design to its predecessor. And this Smartphone has the main difference lies in the camera module. Which now uses three cameras instead of the four from the OnePlus 9R, although this is not necessarily a bad thing. 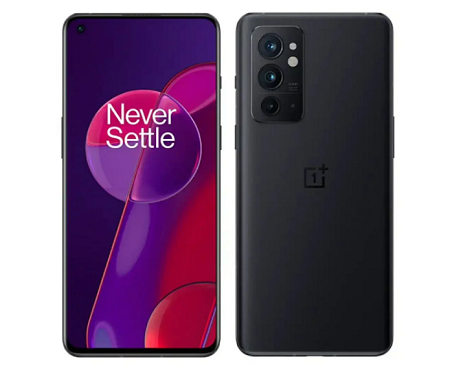 And the OnePlus 9RT smartphone is claimed to come with the same 50MP IMX766 sensor found in the OnePlus 9 and 9 Pro, although the company hasn’t confirmed this yet. If true, this Smartphone will give the user the best camera performance, far from the 48MP IMX586 found on its predecessor. But don’t get too carried away for now.

In terms of the main camera, there are hardly any details available regarding the OnePlus 9RT’s photography capabilities. But it’s safe to assume that the rest of the cameras will remain unchanged, meaning a 16MP ultrawide and 5MP macro will complement the 50MP main camera on the back. And a 16MP selfie camera will be present at the front. And the one camera missing from the back is most likely a 2MP monochrome, which is pretty much useless.

Smartphone processor will be powered by Qualcomm Snapdragon 888. Made on a 5nm process, the chip for there is an increase in performance with regular use as well as gaming, everything becomes more efficient. And the chip will be supported with up to 12GB LPDDR5 RAM. Which can be expanded up to 7GB thanks to virtual RAM support and 256GB UFS 3.1 storage.

For the screen, this smartphone will be a Samsung E4 panel. And it will also be equipped with a 4,500mAh battery and support for 65T Warp Charge. Then OnePlus has confirmed that the 9RT will have an upgraded cooling system, 600Hz ultra-sensitive touch, and ultra-low screen latency.

Software-wise it’s highly likely that the OnePlus 9RT will use a version of Android and the OxygenOS (based on ColorOS) OnePlus 9RT will run, although reliable Leaker Digital Chat Station says it will be ColorOS 12 based on Android 11, at least in China.

Furthermore, the OnePlus 9RT will be available in blue, silver, and black. Black will be called ‘Hacker Black’ while silver will likely be called ‘Nano Silver.’ The announcement date is 13 October 2021, confirmed in China. And for Sales will begin October 19 in the country. As for the OnePlus 9RT price in China, it starts at $310.13