Oppo is reportedly working on its newest series smartphone for the entry class, which is named OPPO A16. This smartphone is rumored to have had several important certifications and has appeared on the benchmark site, Geekbench. Recently, a well-known leaker has shared a render of Opp0A16 to reveal the design of the smartphone.

News info from the OPPO A16 renders shows that will be released in 4 color variants, namely black, white, cream, and blue. The renders show the design from the front side of the A16. The smartphone screen is notched in the form of a teardrop.  A16  screen doesn’t completely cover the body, while the side bezels are a bit thick.

On the back,  Smartphone has an AI-powered triple camera setup. The three cameras are housed in a rectangular module. While on the side, the right edge of the device has a fingerprint scanner, and the left edge has a volume control button. 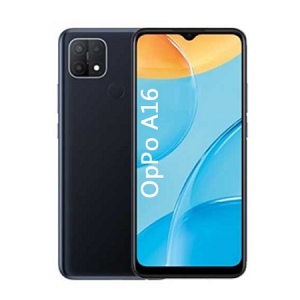 previous reports have revealed that this smartphone from OPPO A16

Meanwhile, previous reports have revealed that this smartphone from OPPO A16 measures 163.78 x 75.62mm. Then, the OPPO A16 has a 5,000mAh battery that supports 10W charging. This smartphone will be launched using the Android 11 operating system and ColorOS 11.1. OPPO A16 will also bring connectivity features such as dual-band Wi-Fi, 4G LTE, and Bluetooth.

In addition to this information, A16 that appeared on the Geekbench device list revealed that this smartphone will be equipped with the Helio G35 chipset and 4 GB of RAM. The A16 scored 177 points and 950 points respectively in Geekbench’s single-core and multi-core tests.

OPPO A16 will replace its predecessor, the OPPO A15 which was present last year. Please note, the A15 was launched with a battery capacity of 4,230m. So, although there is no further information regarding the specifications of the A16, at least the specifications that will accompany this smartphone will be superior to the A15.