Oppo is rumored to be launching their latest smartphone, the OPPO Find X5. Just like other competitors, OPPO is always diligent in providing the best flagship options or smartphone variants at the beginning of the year. Entering the beginning of 2022, the render designs & specifications of the OPPO Find X5 have started to appear. Which reportedly comes in three different variants.

And OPPO has officially stated that its newest flagship will be present in the first quarter of 2022, carrying the latest chip from Qualcomm, namely Snapdragon 8 Gen 1. Not long after, MediaTek said that later there would also be an OPPO smartphone running the best Dimensity 9000 chip. So it can be ascertained that there are two different variants.

Since 2020, OPPO has indeed released at least two flagship variants, where this year Find X3 comes in regular and Pro options—generally only differing in the chipset. However, according to the Digital Chat Station information leak, later, there will be one additional variant. Not yet known the exact name, nor the chipset used. 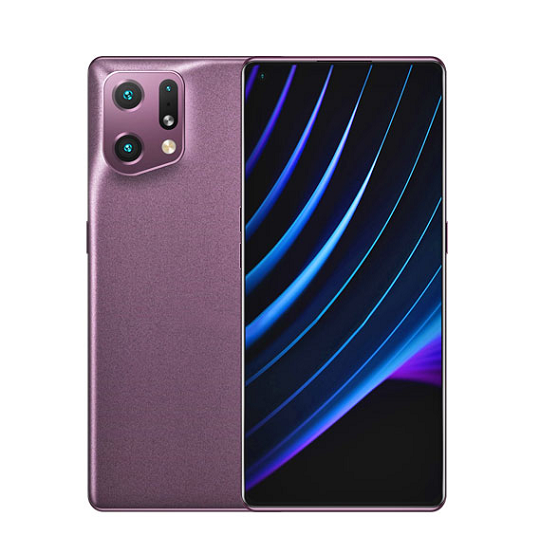 However, many parties are quite sure that the latest flagship will be called the OPPO Find X5 series, considering the number “4” in its home country is known to bring bad luck, so it will be jumped directly to the number “5”. Well, if Gizmo friends are curious about the design, now it has appeared quite clearly.

And this time, OnLeaks leaked OPPO Find X5 photos from various sides. It is not yet known which variant is used as a reference, although if you look at the last two years, the two (or third) variants should appear identical. It can be seen that the design is practically similar with two significant differences.

For the design of the OPPO Find X5 camera module, it still looks as if it is integrated seamlessly with smooth curves. However, the shape is made differently, like a trapezoid. Contains two camera sensors of the same size, one small sensor plus an LED light. Second, the body looks like it has a sand texture like previous OnePlus smartphones.

And it’s also not known whether this latest OPPO flagship will use a different body material or glass with a certain additional layer. While on the front, the glass screen dominates the entire surface, indicating a very thin bezel. There is also a small camera hole on the upper left side, in the form of a punch-hole, and still not using the in-display type, which is still inferior in terms of quality.

For specifications, it is known that there are two variants of the OPPO Find X5 that will use two different chips, each Snapdragon 8 Gen 1 and MediaTek Dimensity 9000. The RAM capacity itself is reportedly quite standard at 8GB, with at least 256GB of internal storage.

As for the screen, the dimensions reach 6.78 inches. Use an AMOLED LTPO panel with a refresh rate of 120Hz. It is reported that the OPPO Find X5 will carry full HD + resolution, while the Pro variant will have QHD +. The battery capacity will increase to 5,000 mAh, with support for faster fast charging, between 80W or 125W.

The OPPO Find X5 camera will only carry three camera sensors. The two large sensors are predicted to still use the 50MP sensor for the main sensor and the ultra-wide-angle sensor. While the small sensor next to it is likely a telephoto sensor. There is no visible microscope lens—either prepared for the Pro variant or OPPO decided to eliminate the gimmick feature.