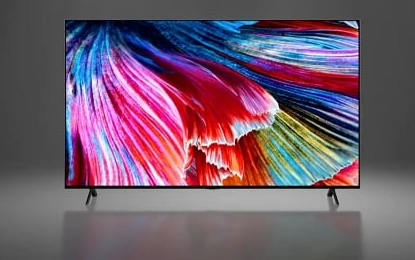 “The LG TV is a testament to the company’s success in innovating and bringing a technological leap into the LCD TV category. This new line of LG TV products is also a testament to the company’s seriousness in strengthening our position in leading the premium TV market through the presence of our innovative products,” said Park Hyoung-sei (President of LG Home Entertainment Company).

So, the LG  can display a better picture containing adjacent light and dark areas; light areas can appear bright without making dark areas less dark. As a result, the LG   is able to produce black colours that are blacker than LCD TVs that have not used Mini LED in various scenarios.

Meanwhile, the Quantum Dot in the Quantum Dot NanoCell — the term NanoCell already used by LG in its NanoCell TV line — refers to semiconductor particles that are only a few nanometers in size. Quantum dot will emit light with a certain single colour when exposed to blue light. In other words, adding a quantum dot allows a blue light source to produce a more precise or “pure” red, green, and blue light than a filtered white light source. Red, green, blue, aka RGB (red, green, blue) itself is a primary colour alias primary for light.

Using quantum dots in the LCD TV’s backlight allows LCD TVs to display brighter and more accurate colours as well as a better colour gamut than LCD TVs that use white LEDs with filters. That’s the advantage that the LG  offers compared to LCD TVs that don’t use quantum dots yet.

For size, the LG  TV will be available with screen diagonal sizes from 65 inches to 86 inches. There are two resolution options, namely 8K and 4K. However, LG did not mention a suggested price for this TV.