Redmi will re-launch its newest smartphone product, the Redmi K50 Gaming. Xiaomi is expected to unveil the Xiaomi 12 series of phones at the end of this month. It is predicted that the Redmi K50 series will appear in 2022.

Redmi K50 Gaming has a flat-screen with a punch-hole positioned in the middle. The right edge has a mechanical shoulder button for gaming. The Redmi K50 Gaming is claimed to offer a high-performance gaming experience. The Redmi K50 is expected to come with specifications such as a 120 Hz or 144 Hz OLED screen, an in-display fingerprint sensor, and the Dimensity 9000 chipset.

A recent report revealed that a Xiaomi phone with code number 21121210C had been approved by the Chinese CMIIT authority. The abbreviated model number of this device is L10 and is codenamed, Matisse. The model numbers 21121210G and 21121210I are included in the global and Indian editions. In China, it will likely launch the Redmi K50 Gaming series of phones, while it will likely arrive as a POCO-branded device in other markets. 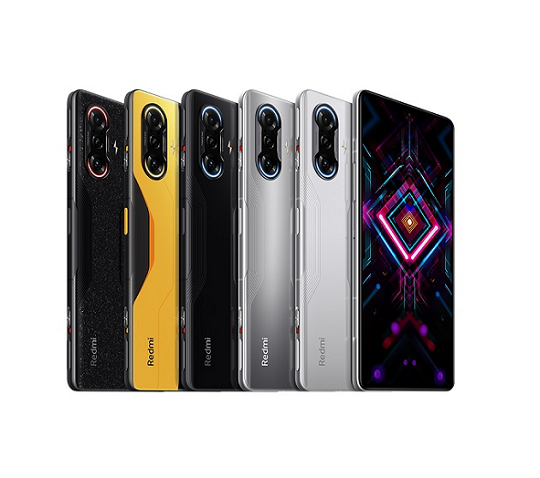 As for the camera, this smartphone is likely to be equipped with four cameras consisting of a 64 MP main camera, a 13 MP ultra-wide camera, an 8 MP telemacro camera, and a 2 MP depth sensor.

There is a Chinese exclusive Redmi K50 series phone with model number 22041211AC. Its abbreviated model number is L11A and is codenamed, Rubens. This one is said to be the standard model, while the aforementioned 211121210C will probably be the Redmi K50 Gaming Pro phone in China.

The 22041211AC model is expected to arrive with specs like the Dimensity 7000 and a 64MP Samsung GW3 triple camera unit. However, other specifications are still not revealed.