Samsung will re-launch its newest smartphone, the Galaxy A12s. It looks like this Smartphone model will be the successor of the Galaxy A12 series, which aired in December last year.

Although there are many other well-known companies that are present, Samsung still has a section for smartphone users. Even now, the company actually has a device that continues to be accepted by the public. HP Samsung Galaxy A12s is one of the new devices that will be released.

However, previously Samsung has been able to provide new devices with the best quality so that its durability is no longer in doubt. 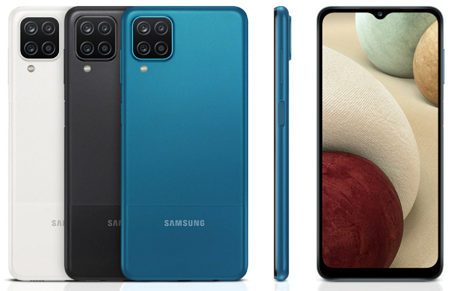 The Samsung Galaxy A12s will pack the Exynos 850 chipset an update from the Helio G35 chipset. In the Galaxy A12 series. That chipset will be the main goal of upgrading the Galaxy A12s.

The Galaxy A12s will carry The PLS IPS HD + screen that measures 6.5 inches with a waterdrop notch for holding the 8MP selfie camera. The smartphone is also expected to be equipped with 4GB of RAM and 128GB of internal memory.

This smartphone will use four rear cameras, namely a 48MP main sensor and an 8MP ultra-wide-angle lens, a 2MP macro lens, and a 2MP depth sensor. The Samsung Galaxy A12s will also be equipped with a 5,000 mAh battery that supports 15W fast charging.