Samsung galaxy lately has pretty much expanded the access its loyal fans have to the world of 5G. After focusing on flagship products, the brand launched a mid-range 5G smartphone; the company is gearing up to add one more option to its M lineup dubbed Samsung Galaxy M52 5G 64mp.

Reporting from Gizchina, the camera is led by a 64MP primary camera which is likely from Samsung. In addition, there is a 12MP ultrawide lens and a 5MP macro lens. Unfortunately, the fourth or final sensor is unknown, but chances are it will carry a resolution of at least 2MP. 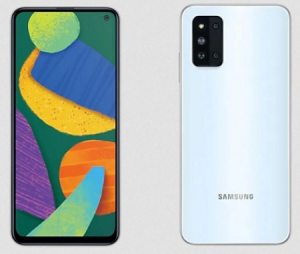 While on the front of the Samsung Galaxy M52 5G , the device uses a punch-hole screen that houses the 32 MP front camera.

The previous Samsung Galaxy M52 5G also passed the benchmark platform Geekbench. The list reveals a score of 778 points for the single-core test and 2,877 for the multi-core test. The device shows an octa-core chipset codenamed Lahaina.

The paired GPU is Adreno 462L. This clarifies speculation that Snapdragon 778G will power the smartphone. The listing also features a 6GB RAM configuration and running One UI 3.0 based on Android 11.