Samsung has not provided a teaser at all regarding the presence of these two devices. Some time ago, an image of a video clip that allegedly appeared on the Samsung  Galaxy Z Fold3 & Z Flip3 advert appeared, which showed a fairly straightforward design, although the source is still questionable. But the leak this time is no longer in doubt because it comes from Evan Blass. 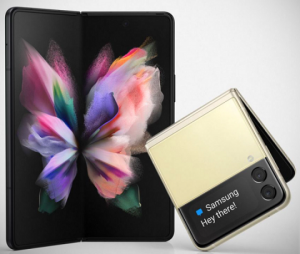 Evan replied to the tweet by posting the photo above. In one image, you can immediately see the Galaxy Z Fold3 and Z Flip3 5G. This indicates that both will be present at the same time. From the image, it can also be ascertained that a leak some time ago accurately showed the same design as the Z Flip3.

Evan also uploaded a second photo, where the photo shows the main selling points of Samsung’s premium series in 2021. He confirmed that the Samsung Galaxy Z Fold3 would support the Stylus S Pen. It’s unclear whether this stylus can be stored in the device or come separately. In addition, the main camera module will be equipped with three sensors placed in parallel. The folding screen inside has thin bezels and still uses a punch-hole front camera. This is an interesting combination, having a large screen smartphone that folds and supports the Stylus S Pen.