Samsung recently re-launched their newest SSD product, the Samsung PM1743 SSD. The Samsung PM1743 SSD is a new line of SSDs that uses a PCIe 5.0 interface. As is known, currently, PCIe gen 5.0 is the latest technology with large data transfer speeds. 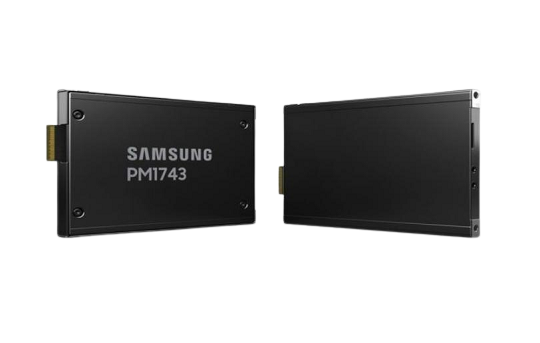 By design, the Samsung PM1743 SSD is not designed for general users but is designed for server and other industrial use. In addition to using PCIe gen 5.0, this SSD also comes with the sixth generation of V-NAND. With this combination, this SSD will offer high speed and excellent stability.

Using a PCIe 5 SSD, Samsung is also coming along with the ongoing development of PCIe 6.0 based products, further strengthening its technology leadership in the enterprise server market. Samsung Electronics Memory Controller Development.

As for performance, the Samsung PM1743 SSD also offers speeds of 1.9x and 1.7x faster than previous PCIe 4.0-based products. In addition, write speeds have been significantly improved, with sequential write speeds of 6,600 MB/s each and random write speeds of 250K IOPS, also delivering 1.7x and 1.9x faster speeds, respectively.

Not to forget, this new SSD can provide increased power efficiency of up to 608 MB / s. This SSD is also available in various capacities from 1.92 terabytes (TB) to 15.36TB and comes with new security technology.

Samsung will offer the PM1743 in a conventional 2.5-inch form factor, as well as in a 3-inch EDSFF (E3) which is now an increasingly popular SSD form factor among the server industry.