Sony recently launched their first neck speaker product with Dolby Atmos support, the Sony SRS-NS7. The Sony SRS-NS7 speakers are claimed to offer an immersive home theatre experience without the need for a surround speaker system or conventional headphones. 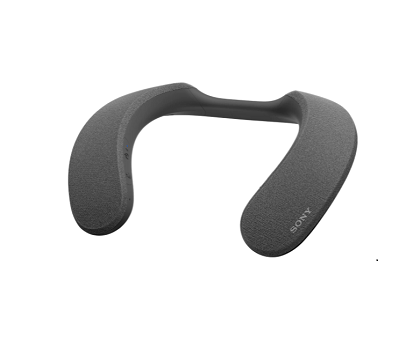 For its full performance, Dolby Atmos effect, users need the included Sony Bravia XR TV and wireless transmitter. After connecting the adapter and pairing it with the neckband speaker via Bluetooth, users can take advantage of the 360 ​​Spatial Sound Personalizer app to detect ear position.

This application will estimate the shape of the user’s ear and optimize the virtual Dolby Atmos speaker settings for the user.

Sony also claims that its transmitter will also minimize audio lag to properly sync audio and picture. Users can purchase the WLA-NS7 wireless transmitter separately and use it with some Sony headphones for the same effect.

While watching TV, if you want to use the SRS-NS7 speakers, Users can connect them to other devices. Just pair the neck speaker with the phone, and users can listen to 360 Reality Audio from supported music streaming services like Deezer and Tidal. Users can also connect the device with a PC or tablet.

For the design, the Sony SRS-NS7 speaker is claimed to be designed to flexibly include multipoint connections, which means it can connect to two devices simultaneously. So if the user is listening to music from the computer and there is an incoming call on the mobile, he can answer by pressing a button and using the built-in microphone. In addition, the SRS-NS7 has an IPX4 rating which means it is splash resistant.

As for usage, the battery life of this neckband speaker from Sony can last up to 12 hours. And if the volume is increased to the maximum limit, then the battery life becomes 5 hours. Charging for 10 minutes will give you up to 1 hour of battery life. Then for the price of the Sony SRS-NS7 speaker on sale for $ 300