Xiaomi has officially launched their newest product, the Xiaomi 11T series smartphone. This smartphone series includes two models, namely the Xiaomi 11T and the Xiaomi 11T Pro. The two phones are almost identical, with a few differences. This device is a replacement for the Mi 10T and Mi 10T Pro, which were launched last year.

In terms of design, the Xiaomi 11T has a plastic frame and glass back with an anti-reflective coating. This design also has tapered edges on the back for a better handgrip experience. On the front, there is a punch-hole for the front camera and a protective layer of Corning Gorilla Glass Victus.

Xiaomi is also equipped with an integrated fingerprint sensor with a power button, which is on the right side. The volume buttons are also on the same side. At the bottom, there is a USB-C port, main microphone, speaker hole, and SIM card slot. The top side has an IR transmitter, speaker jack, and secondary microphone.

For the camera, both phones come with a 3-camera configuration on the back, consisting of a 108 MP main camera, an 8 MP ultra-wide camera, and a 5 MP telemacro camera with AF. the front camera, it has a 16 MP image sensor. 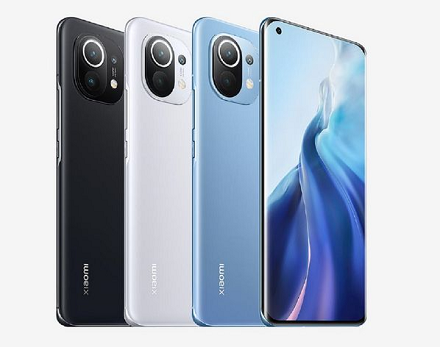