The Black Shark 4S smartphone is almost identical to the ASUS ROG Phone lineup. The new models don’t feature the X-pattern like the HONOR X series on the back as found on their predecessors. However, they retain mechanical shoulder buttons that use a magnetic lift. 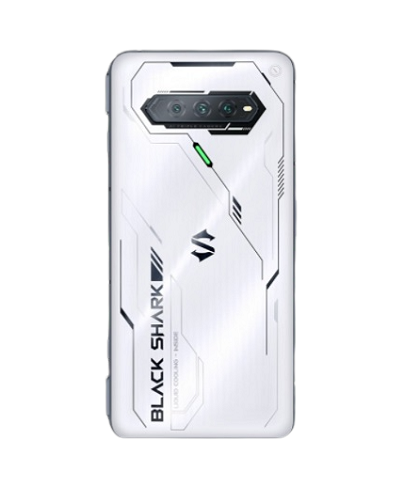 And the Smartphone has supported with LPDDR5 RAM, but the vanilla model has a slower 5500Mbps module compared to the faster 6400Mbps module in the pro. Both come with UFS 3.1 storage, but the expensive variant also supports SSD Disk Array System.

For cameras, the smartphone has a triple rear camera setup aligned horizontally, which includes an 8MP 120° ultra-wide unit and a 5MP macro shooter. The main sensor is 48MP on the vanilla version and 64MP on the pro. On the front, they both nestle the 20MP snapper inside the punch hole.

Furthermore, for the operating system, the Black Shark 4S Smartphone runs the MIUI 12.8 based JOYUI 12.8 operating system, which is supported by a 4.5000mah battery with 120W exclusive fast charging support. It is also compatible with other charging protocols such as Qualcomm Quick Charge (QC) and USB Power Delivery (PD).